The last notes of this tour had hardly died away before a new decade dawned, and, scheduled for the new year, a second tour of England. Following performances in Manchester, Birmingham, Croydon and Eastbourne, this tour concluded with a concert in London – the venue for this celebrated event again being, as in 1974, the Royal Albert Hall. And even after the fourth encore, the over 5,000 enthusiastic listeners in the Hall were still unwilling to let Kaempfert and his orchestra go. In the end, Kaempfert himself, as exhausted as he was pleased by this reception, stepped forward on this 16 June 1980 and brought the evening to an end with the honest announcement: “I’d love to go on but I’ve run out of music. And my musicians are thirsty!”

Two days after the completion of this demanding tour, Bert and Hanne flew to the holiday house they shared on Mallorca. Even on the plane he was already sorting through new offers – there was no end to the requests for more live concerts – and he was also planning to record a new album at the beginning of October. 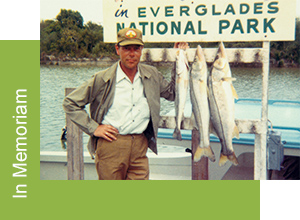 Yet, on 21 June 1980, everything changed. The news agencies reported: “Bert Kaempfert has passed away, the result of a stroke suffered on Mallorca.” He was just fifty-six years of age.
The music world mourned his sudden and untimely death.

On 15 January 1981 – it had been Kaempfert’s wish that his final resting place be in his beloved Everglades in Florida – his ashes were scattered there on the water.

Bert Kaempfert was like his music: quietly spoken. Despite all his tremendous success internationally, he remained a modest person, and the innumerable awards did nothing to change this. In 1993 he was given the highest honour that can be accorded a composer: his posthumous induction into America’s Songwriters’ Hall of Fame.