Taxi Cabs & Piano Keys – A Musician and Not A Mariner 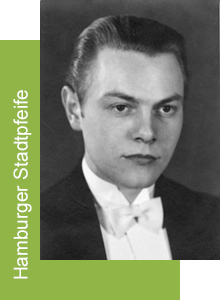 The son of a painter and decorator, Berthold Heinrich Kaempfert was born on 16 October 1923 in Barmbek, Hamburg. And he was only six years old when perhaps fate laid the first stepping stone on his path to an international career – in the guise of a taxi cab. It ran little “Fips” [Titch] down and, as it was the taxi driver’s fault, the insurance company paid out 500 deutschmarks in damages – a small fortune in those days of severe economic hardship. Whatever may have persuaded mother Kaempfert to do such a thing – what she decided to do with this money proved to be a second and vital stepping stone into the future: “Fips is going to have a piano.”

So that he could make appropriate use of this instrument, the youngster attended Wilhelm Witt’s private music school in Wilhelmsburg, south of the River Elbe. Though referred to somewhat derogatorily as the “city pipers”, this school in fact sought to foster gifted pupils, and it was here that Berthold not only learnt to play the piano but the clarinet and accordion as well. And with success: Kaempfert turned out to be extremely talented and, hardly past his sixteenth birthday, was engaged by the Hans Busch Orchestra, an ensemble that was highly regarded both in Hamburg and beyond. And so it was that a young boy’s dream of going to sea was finally put to rest: from now on it was to be music and not the life of a mariner. 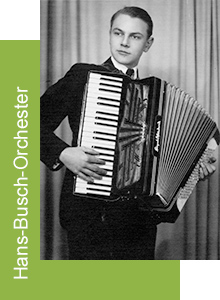 And then the lights went out all around the globe. Yet even the ravages of the Second World War and its aftermath were unable to sever the bond between Bert Kaempfert and his calling as an artist. He initially played in a naval band on the island of Sylt and then, during internment in Denmark, put together his first band, which was incorporated into the variety show Pik Ass [Ace of Spades]. His internment over, this aspiring star then travelled the length and breadth of North Germany and under the bizarrist of conditions to perform with this line-up at American officers’ clubs.

In 1945 Kaempfert met his future wife, Hannelore. It was love at first sight and they got married on 14 August the following year. Daughter Marion was born, the young family moved back to Hamburg, and very soon the time was come: “Pik Ass – The Foremost Variety Touring Show with Master-Accordionist B. Kämpfert”. He’d made it! His name was in print, if only on a poster. 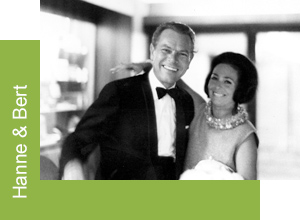 However, in the confusion that reigned after the war, there was only one thing you could be sure of: namely, that nothing would be the same the next day. Along with six other musicians Kaempfert left the Pik Ass touring company and, in the ensuing months, worked as bandleader as well as taking up offers to perform as a soloist (appearing at, amongst other venues, the well-to-do Esplanade), offers of work which he naturally readily accepted, for every single deutschmark counted.

Work was not easy to come by but Kaempfert’s high-class musicianship helped, with the allied broadcasting station, the British Forces Network (BFN), for example, providing him with commissions. Soon, though, trying to meet his twofold commitments proved too much of a burden: he dissolved the band and continued on his own: a new composition here, a production job there – in short, a much-sought-after artist on his way to the top.

Aware that he had a great deal to offer as an artist, from now on he worked on his own account and on his own responsibility – under the name of the Berthold Kämpfert Orchester – and began writing music of his own, under the pseudonym “Marc Bones”.