Bert Kaempfert and his Music on DVD

Strangers in the Night – The Music of Bert Kaempfert 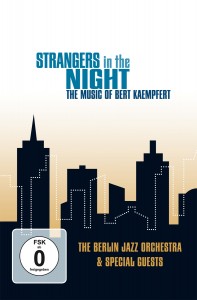 Strangers In The Night – The Bert Kaempfert Story 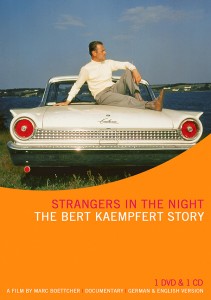 The biography of the man whose ideas occupy a firm place in the annals of music history began more than eighty years ago in a working-class district of Hamburg.

In Marc Boettcher’s documentary we hear from Bert Kaempfert’s friends and companions, Freddy Quinn, Hildegard Knef and James Last, among others, as well as from members of the Kaempfert family. 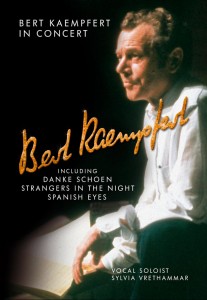 In November 1979 Bert Kaempfert and his 40-strong orchestra went on tour and featuring soloists Ack van Rooyen on trumpet, Jiggs Whigham on trombone and Swedish jazz singer Sylvia Vrethammar. This tour had been preceded by a concert given on 20 June in Neu-Isenburg’s Hugenottenhalle, which Hessen Radio happened to record for television, thus making it possible, ten years later, to transfer this now historic recording on to video disc. Requiring complex digital audio-master processing, the task was carried out in London’s Mayfair Studios by John Hudson, one of the world’s leading sound engineers. In April 1991 the video disc was replaced by a video cassette.

We are very pleased that “the concert event of the year”, as it was described in the press at that time, is now available on DVD.