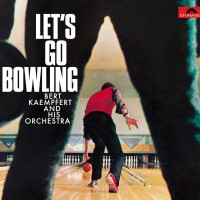 LET’S GO BOWLING first brought out on vinyl by Polydor in 1964. This album is a coupling featuring Kaempfert’s early recordings made between 1959 and 1964, four tracks of which have never before appeared on CD in Germany.